Sea2Summit saw 2,700 sign up to take on Croagh Patrick and all Westport could throw at them. One of these brave souls was Westport Hotel Groups very own Maria Fahy who decided to take her first steps into Adventure Racing. Let’s see how she got on.

I started a beginners running group with Westport Leisure Park in September 2017.

It didn’t take me long to catch the running bug and I enjoyed it so much that shortly after that I purchased a racer so I could sign up to a couple of duathlons over Winter/Spring.

Once the Sea2Summit registration opened it wasn’t long before I signed up.

Family commitments meant I didn’t get out training with the running group over the summer period so I knew once September hit I had to just get out and start training on my own at times that suited or with a few other friends that had signed up.

I did two 5k runs twice a week which I made sure included hills to make my legs stronger for climbing Croagh Patrick on the day. I also got out on the bike once a week. When you live in Westport you have an advantage because you can cycle the Sea2Summit Route and you know it like the back of your hand on the day.

On the weeks leading up to Sea2Summit I did two training sessions with Multisport By Anthony Murray. One of these sessions included cycling out to Croagh Patrick and then climbing it. It was very tough but it definitely made my legs stronger for the day.

I was very nervous the day before the race, especially with the downpour of rain we had in Westport. I just kept thinking there’s no way I’ll get up and down that mountain after all that rain!

On Saturday morning I couldn’t believe our luck when I saw the sun shining and not a drop of rain in sight.

As we waited at the start line I was nervous but I felt in great form and fit for the race. I couldn’t believe the amount of spectators along the way. I heard my name being called a few times and it was so encouraging. The Marshalls were also so encouraging and helpful at the transitions. 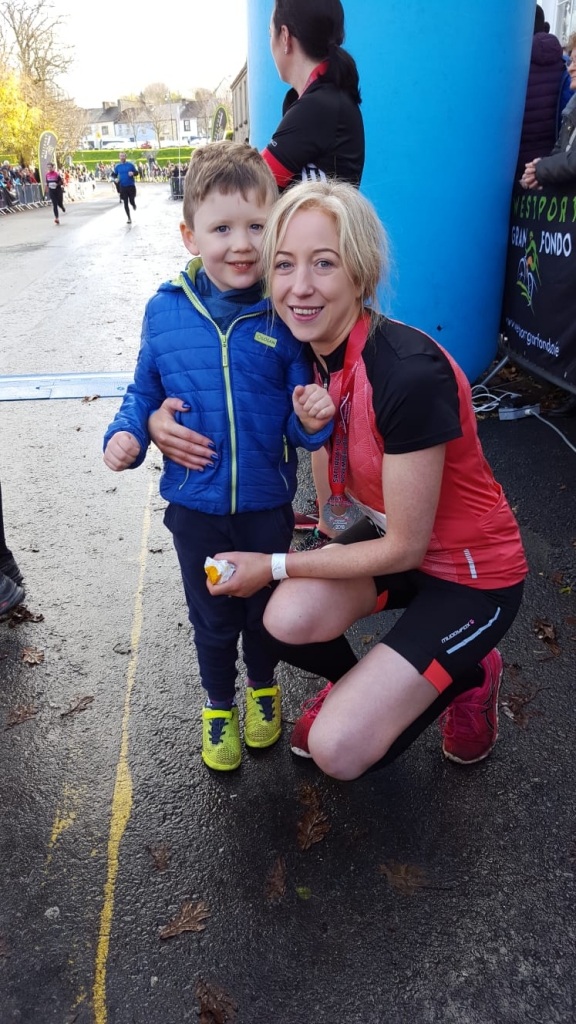 Once the first run was over I was feeling very good getting on the bike so I just pushed on as fast as I could.

When I got off the bike at Croagh Patrick my legs were feeling a bit weak but I knew I had to get to the top so I just put my head down and walked up. It was such a good feeling reaching the top and knowing it was all downhill from there!

I didn’t feel as strong for the 2nd cycle but I just pushed on as quick as I could. As I entered the transition area to get off the bike I knew my legs would be like jelly for the final run.

I came across a lady I knew so I stuck with her the whole way in the Greenway. I feel it’s always good to try and stick with someone for the last part of a race to help each other with the final few kilometers.

As I approached the finish line I was greeted with such excitement by the Sea2Summit team. I’m usually on the finish line with them helping out so this year was a lot different being able to experience the event as a competitor.

I didn’t do the whole route until the actual day and I thought it would take me around 3 or 3.5 hours but I ended up with a finishing time of 2.28 which I was absolutely delighted with. 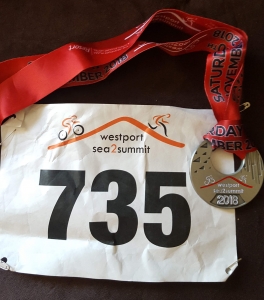