noun – “a time or set of circumstances that makes it possible to do something”.

Last October, whilst training for my season finale, I busted the ligaments in my ankle out on the Trails. Busted them pretty bad. For the first two or three weeks i was laid up, foot in a space boot elevated and restricted to minimal movement. I hated it. I hated myself. I was beating myself for being so feckin’ stupid. So careless, so this, so that, so everything. Something so simple could have been avoided. I tried to stay upbeat with the usual thoughts, imagine this happened in May or June and the summer, nay the season would have been gone. Like a cheap aftershave, that resilience soon wore off.

Because I had ample time on my hands, I began to reminisce over the season I did have, and as far as racing goes, I pretty much nailed everything I set out to do. No, I didn’t get any podiums, I’m very realistic in that manner, as to paraphrase a few football team mates back in the day, “Greg…yeh, he is deceptively slow”. But I knocked off serious times off PB’s of races I did the previous year. On average about 30 mins each race. The last on the to do list was Sea2Summit and the way training was going, I’d say i would have been closer to 45 mins off my time. Possibly one of the main reasons I was so hard on myself. 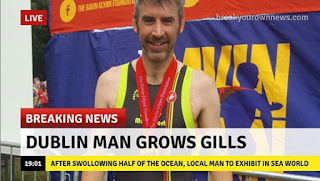 So, where is the opportunity in all this you may ask. Well, one thing I always wanted to do was a triathlon but I can’t swim to save my life. Probably one of the reasons Adventure Racing was so appealing to me. I’m one of those guys who swims side to side with the head above the water. I did the King of Greystones Try-a-Tri in July, engulfing half the ocean, having to stop in the water about 5 times to empty the lungs but finished 20th overall. I didn’t really enjoy it to be honest. I think frustrated not being able to swim and the road run where I was been passed quicker than a spliff at a Reggae gig. The only part I truly enjoyed was the cycle where i finished 4th overall and possibly could have done better if i didn’t spend so long in the transition areas farting around trying to decide whether I should wear this top or that. Grow and pair and get on with it!

Well, running or any impact on my ankle was off the cards. It was recommended that I should swim to keep a bit of fitness going. But as I outlined above, I couldn’t swim properly. I was told it would be at least 3 months before I could hit the trails again, so I thought the time spent wallowing in my own mire of self pity could be better employed learning to swim. A good friend and accomplished triathlete, Ciara O’Neill, who was coincidentally there the night I destroyed my ankle, suggested I should swim. She agreed not to laugh at this splashing idiot, give me a few pointers. Well so far so good. The ratio has shifted from water consumption verses air consumption and all is going to plan. It hasn’t all been plain sailing (excuse the nautical term). There were times I have gotten so frustrated but they are very rare. Swimming is different from say running or cycling. Patience patience and more patience. Bursting a gut, trying to swim fast will leave you goosed and ultimately floundering at the bottom of the pool.

Like a lot of people, I need a goal or a target to aim for or I will lose interest and pack it in. Go big or go home! So, I’m eyeing up the “Hardman Waterville” in July. That’s a 1.9k ocean swim, 90k bike and 21k run. The cycle is 90k of the 108k I did in Quest 12 but in the opposite direction so that will be good training for Quest 12 assault this year. I’m hoping the other components fall into place when I return running but I have plenty of time to build it back up again.

I will also take on King Of Greystones again in July, although I have been warned within a inch of my life that I have to do the sprint (that’s a 750m swim instead of the 200m) not the try-a-tri by a certain person who will go unnamed. I suppose it’s the least I could do as she has helped me so much learning to swim.

In December, I couldn’t swim. I’m up to a comfortable enough 1 km now in the pool. Open water is a different fish altogether but it’s baby steps to the end goal. I like pushing myself outside my comfort zone. I found out the untold benefits of this in 2018. Swimming, for me, definitely falls in that bracket. There are so many elements at play, some so out of my control…nature…water…sinking…but completing…winning…living…these are attainable but will definitely push me out.

And also, it keeps my mind from going crazy till I get back on the trails again. I’m a firm believer in when one door closes, another soon opens. Well the door is ajar at the moment, I’m taking a tentative peek inside…let’s see where this brings me 🙂 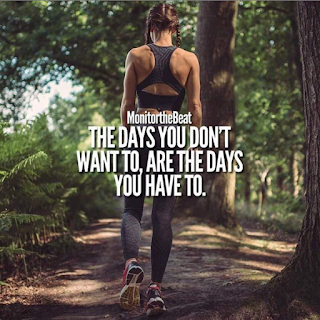