ITERA Expedition Race – A Highland Journey in the Making

ITERA Expedition Race – A Highland Journey in the Making

Teams from all over the world will arrive in Inverness in August for the ITERA, an extraordinary 5 day non-stop expedition adventure race.

Trekking, kayaking, climbing, canyoning and mountain biking through the magnificent scenery of the Scottish Highlands is the main attraction of course, and so is the reputation and sports philosophy of race organisers Open Adventure.

The company has organised adventure races all over the UK for 15 years now, including 4 previous expedition races, and the expertise from those events is one reason why ITERA is part of the Adventure Racing World Series.

Event Director James Thurlow and his team have an inclusive philosophy of adventure racing. “The full course will be 500km,“ he explained, “This will test the elite world ranked teams but there will also be short course options teams can choose, depending on their speed and progress.  This might bring the distance down to 300km but still with the chance to do the stand-out sections and special stages. 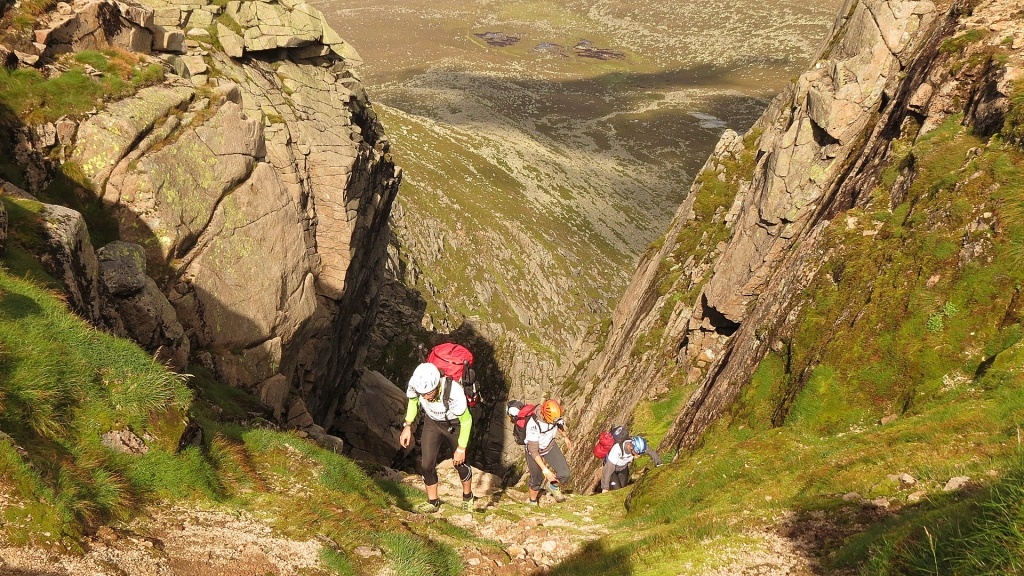 “We want everyone to have the best possible experience, a competitive and testing race, and for the majority to celebrate what they’ve done by crossing the finish line.”

Two key members of the team who have been brought in to meet that objective are Race Director Paul McGreal and Course Planner Tom Gibbs.  Both are former competitors in ITERA, and recently took part in a 5 hour race organised by Open Adventure in the Lake District.

McGreal told me, “I competed in ITERA in 2012 and 2014 in teams which that were mid-table, so I know what it’s like for a team to manage expectations to make the finish. I also know how important it is to have to have a dry transition area each day and to feel the race organisation is thinking about your welfare.

“Those things really help get teams to the finish line and we are committed to making sure all the teams have a ‘Grade A’ experience.” 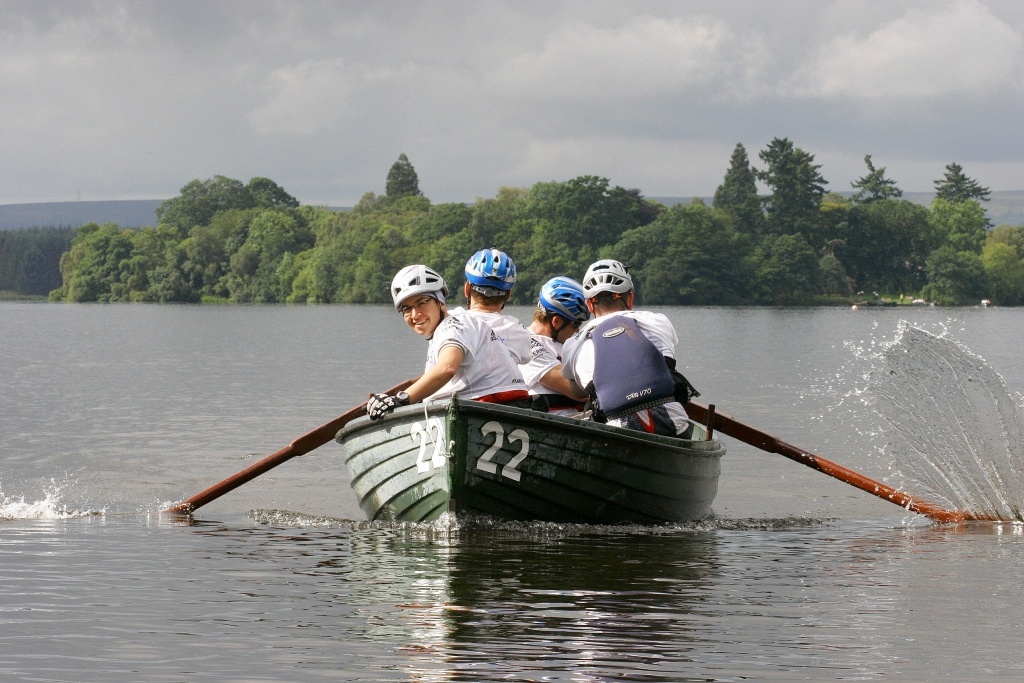 He continued, “My job is to take the line that Tom has put on a map and make it real.  I’m a local fixer and often that is boring stuff; finding local halls for transitions, confirming access and talking to agencies, owners and organisations.  It’s about people and relationships, and winning their trust.  Often it’s about explaining what adventure racing is, how capable the teams are, and how low impact the race will be. That can be hard to grasp given the scale of an adventure race is so far outside most people’s experience.”

Then he added, “The more exciting arrangements are for the ‘Special Stages’ and we are trying to achieve something really audacious with these.  In fact some have never been done before and if we can pull them off they will be the experience of a lifetime.”  The racers won’t know the course until just before the start, so what these special stages are remains a secret …

McGreal’s experience is in events on a grand scale so he is not fazed by the task of implementing such an ambitious course.  He organises a two day race called ‘The Heb’ in the Outer Hebrides and the Xtreme Triathlon ‘Celtman’, both in the north of Scotland.  He also organised the 2015 World Orienteering Championships in Inverness and the 2010 World Duathlon Championships in Edinburgh.

Course Planner Tom Gibbs says in turn that he “relies on Paul to do his magic”.  Gibbs is a former Adventure Racing World Champion, twice a winner of ITERA, and he planned the 2014 ITERA in Wales.  He is relying on 20 years of racing experience around the world to plan a “great journey.” 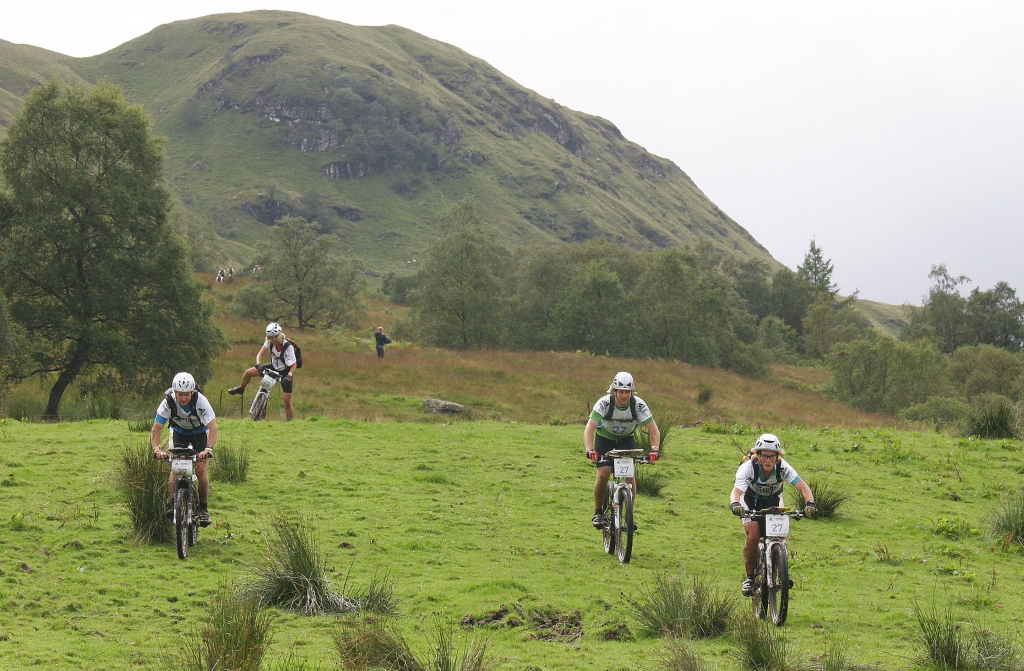 “When I look at stages I think whether I’d go back and do them again if they were not in race,” he said.  “The stages have to be different and enjoyable, and fit into the course naturally, not be added for the sake of making up the miles.  They have to present the teams with different challenges, and different rewards, like a mountain top view, or the chance to get into a canyon they never would otherwise.

“I try not to put too much in but concentrate on key elements of the course. I want it to be enjoyable, interesting rather than just hard.”

Gibbs might be an elite racer, but that isn’t how he approaches course design. “We plan the short course first,” he said, “and encourage everyone taking part to do the special stages.

“We also aim to do Scotland proud and show off what it has to offer, and what teams want to see. So we will include some iconic castles, peaks and lochs, and will have a distillery checkpoint plus a few mystery stages which are uniquely Scottish. Teams have travelled from around the world to visit Scotland and we want them to go home having done the things they wanted to do in Scotland!”

The race provides full logistical support, including all the kayaks and a satellite tracking service so friends, relatives and supporters can follow the progress of the teams.

You can find out more about the race at https://www.itera.co.uk/