A 7:30 am start from Waterford had me arriving in Kinnity around 9:30 for a second crack at the Off The Bloom (Elite) race. Last year the race had been a last minute decision, after myself and my good friend/fellow racer Ian O’Connell decided that it was too long to wait for a race between the Moxie in July and the Coalface in September! This year however, Off The Bloom had been on the calendar for a long time, as it represented the last big push for both of us before Quest 12 in just over 10 days time. This was the culmination of over 6 months of training for me that started with my local race, the Tramore Duathlon back in February. After meeting up with Dave Gowan from MSNI/Kayathlon in the car park to stock up on some fresh Tailwind ahead of Quest 12, we racked the bikes, got togged out and had the customary ‘to base layer or not to base layer’ debate, eventually deciding not to, on the basis that the last run would be warm. A wise decision it would prove to be.

After a short briefing from Derek Middleton, the race started at 11 a.m. sharp with a fast 1km run from the square in Kinnity back to the GAA club, where the bikes were waiting. The first cycle leg was very quick, and my original plan to ease into the race was soon out the window as I found myself in the middle of a really good group on the bike, which contained some strong cyclists from the Keeper Cycling and Because We Can racing clubs, and one or two others including Paul Mahon. I decided to hang in there, and the group stayed together through Ballyboy, Mountbolus and all the way out to the kayak stage at Blue Ball, averaging 37kph according to my watch. 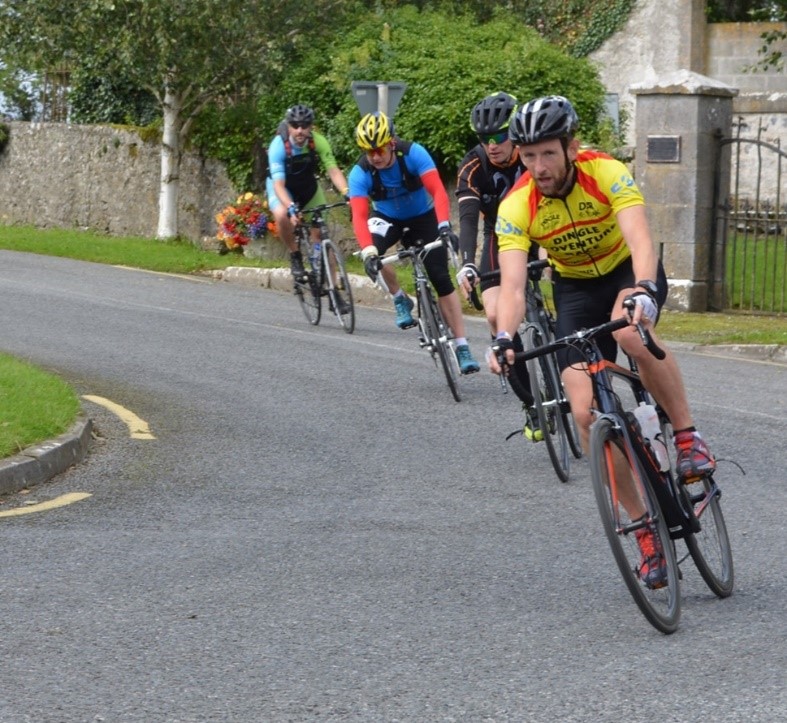 On the shores of Pallas Lough, I ran to an empty double kayak, and upon turning around saw the aforementioned Dave Gowan running up behind me, and we paired up. The lake is exposed, and despite the cross winds, we soon got into a good rhythm, and myself and Dave exited the kayak stage with the joint quickest time, at 8:47, tied with Paul Mahon. 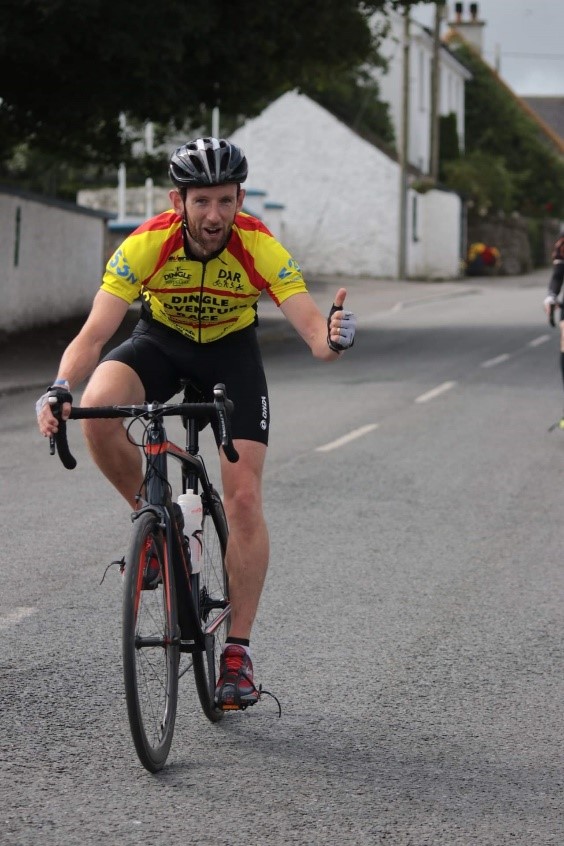 Myself and Dave left the kayak transition more or less together, about 500 metres behind Paul Mahon, but we soon bunched up together again and caught up with Laura O’Driscoll, who at that stage was in 2nd place in the female category, chasing Ellen Vitting. The four of us worked together well as far as Dan & Molly’s pub in Ballyboy, before Laura made a breakaway up the hill out of Ballyboy. I tried but ultimately failed to keep up with her as she powered on to try and catch Ellen, a fact that Dave and Paul were only too happy to remind me of when they caught up with me further down the road, and I received a bit of slagging for having even tried the breakaway in the first place! The bit of banter along the way is what I love about these races, nobody takes themselves too seriously. Myself, Dave and Paul worked together through Cadamstown, and onto the toughest part of the second cycle stage, a steep climb up into the Slieve Bloom mountains. Along the way, we caught up with another familiar face in Ger Griffin and the four of us made steady progress up the hill and down the other side and around the hairpin bend that brought us to the next transition area. 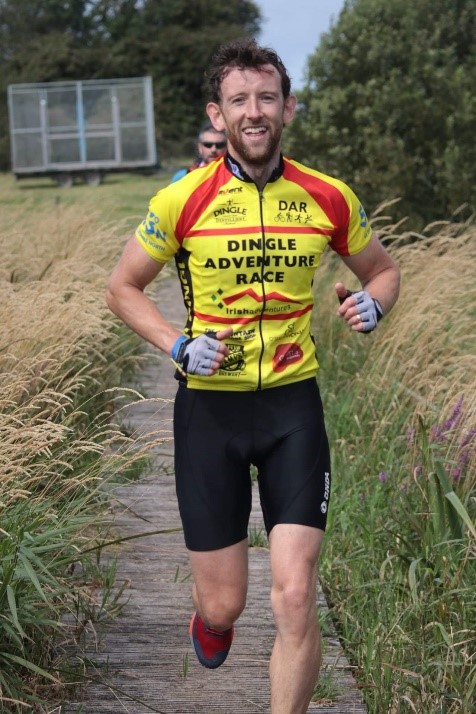 The 12km mountain run started off with a slight decline, which was welcomed initially, but pretty soon the forest path began to climb slowly upwards. Myself and Paul ran together for the first 3km of the mountain run, and I really enjoyed the chat. Paul found a small unopened 250ml bottle of water on the track, picked it up saying ‘leave no trace’ and then proceeded to carry it the rest of the way, offering me a drink in the process. After a while, Paul started to peel away and I couldn’t keep with him, so we parted company and with nobody around me, I just dug in and kept striding forward. About 6km in, I saw Ellen Vitting in front of me, which meant that Laura O’Driscoll had passed her, presumably on the run.

I maintained a steady pace throughout the remainder of the run, and exited the stage just behind Ellen and hopped back on the bike for the descent back into Kinnity, racked the bike again and completed the 1km run to the finish line, finishing the race in 19th place overall with a time of 3:10, a 33 minute improvement on last year, which I was delighted with. There was noticeably a bigger buzz around the village this year, with the race being part of the National Series, and the course certainly didn’t disappoint. Well done to Jonathan, Derek, and all the team for putting on an excellent event.

And so, all roads now lead to Sneem on the 31st August and Quest 12. I feel ready now, and I’m looking forward to taking on the challenge with a great friend, and other like-minded people who love this brilliant sport. For me, that’s what it’s all about. Bring it on!