2019 is the first year that I haven’t played GAA in over 20 years and to say I was at a loose end was an under-statement!! I had it in my mind at the start of the year to go running, what or where I was not sure but I decided I would target a few 10km races during the summer months. This I succeeded in doing and was very happy with my achievements but I felt there was more in me. I had witnessed my wife in previous years doing triathlons and I loved the idea of the variety of activities but I knew I would never manage the swimming. Browsing a running website I stumbled upon “BAR 2019: Aug 24th ”. I was intrigued immediately and I coerced my brother to join me as we ventured on a new experience for both of us.

Eddie is based in Co. Meath so immediately plans were made and it was decided I stay at his house and we entered the “Warrior Race BAR 2019”. Our training was a bit of running maybe twice a week and as we are both reasonable cyclists we hopped on the bikes maybe once a week for about 3 weeks leading up to the race. We really didn’t know what to expect regarding intensity and endurance levels for the race day but we both agreed to stick together on race-day and enjoy the experience most of all.

Race day arrived and it was a glorious day, we both arrived way too early as we tried to get our heads around the idea of ‘bike-racking’, ‘registering’, ‘snacks for the race’, ‘drinks to take with us’, etc. We took it all in as we witnessed a hive of activity around Trim as we observed and learnt there was a vast amount of variety amongst the race-goers in how each one prepared. We racked our bikes at the designated spot and then waited for our wave time, this was the worst part of the whole day for me would you believe!!!

We learned very quickly about ‘dibbing’, a phenomenon neither of us had ever heard of and it before we knew it the count-down was on….we started very steady and both of us settled into 4.5km run very well as the runners started to spread out after a very congested and frantic start. We dibbed out on our way to the bike in around 20mins, I was very happy with that as I had intended on it taking us longer. Next, to the bike and for the first cycle of approx. 10km, which I found the toughest event of the day. I’m not sure if it was the fact that I had not practised transitioning from running to cycling much in my preparation or if it was a lot of hills but I really was glad of my brother breaking the head wind as I fell in behind him for large parts of this cycle. 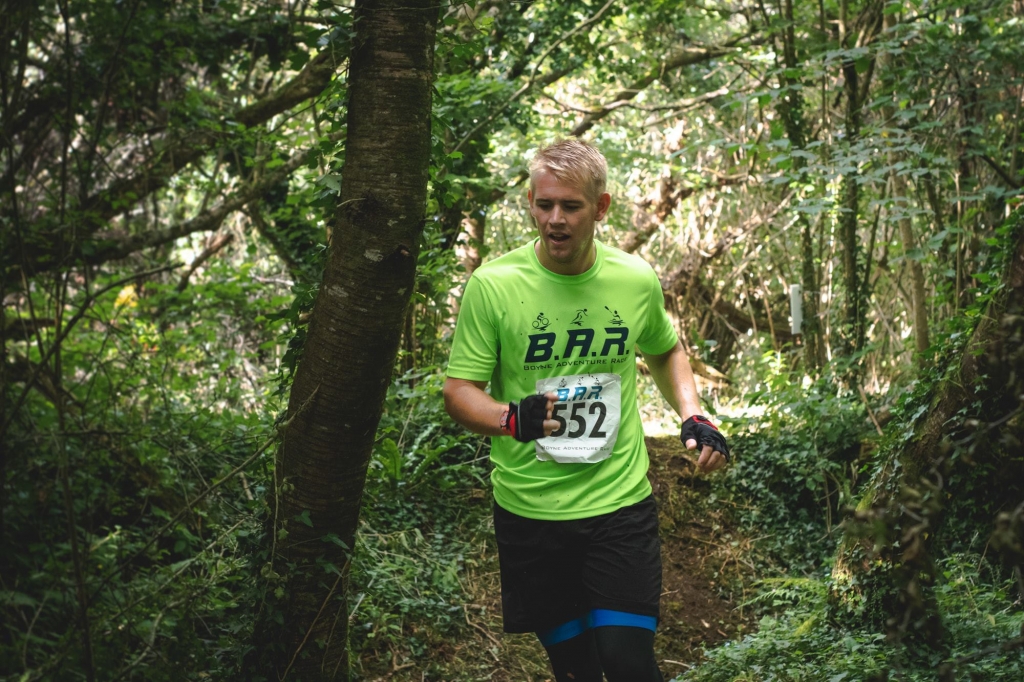 We arrived at Summerhill Woods and racked our bikes where we ran the 3km in the woods at a reasonably fast pace, passing out two other racers on our way around….it was looking like our running during our preparations was paying off and we felt well able for this forest trail so after a tough cycle things were looking up. We jumped back on the bikes and headed for the quarry event with 1hr 5mins on my watch, I really couldn’t believe we had completed over an hour of the race already, it had flown by and I was really getting into a rhythm and enjoying it. This next cycle I found a lot less strenuous than the first one and we did the 14km to the quarry in 28mins.

We racked our bikes but found our transition speed was slow and anyone who we had just passed on the way into the quarry had just passed us out!!! Definitely an area for improvement going forward!! The next run towards the quarry took us totally by surprise as we tried to negotiate the track and keep our feet dry….we gave up and ended up going straight through the flooded sections of the track!! There was a heavily forested section of this run that was absolutely fascinating for us as first-timers, it was very steep in parts and we had no choice but to walk and we definitely felt the legs starting to burn at this point. Just as I was starting to feel sorry for myself and my achy legs we rounded the bend and there was the lake in the quarry, what a welcome sight and with the weather we were experiencing it was stunning. Of course we raced down the hill, grabbed our buoyancy aid and arrived at the double kayak with way too much adrenalin….we were no sooner in the kayak and we were back out of it again – IN THE WATER!! Apart from feeling like right clowns it felt absolutely fantastic on the achy limbs, so much so we decided to fall out a second time before we got ourselves balanced and our kayak stage could commence. As you can probably tell at this stage we had no kayak experience but we figured it out and soon had a fine rhythm going. We even passed out another double kayak on our way around the marker buoy!

The next stage was a really tough quarry run were we had to use ropes to navigate some of the slopes, it was the only other time where we returned to a walk as we admired the view over the lake beneath us to give the legs a chance to recover. Once we returned to the bike we got some drinks on board and headed for Trim….we covered this 14.5km stage in just over the 30min mark passing a few on the way. I made a bit of a break away from my brother over the last km and tucked in behind another cyclist (Darren Dowling) who I couldn’t get past and that was the order in which we would finish as we tried to “sprint” to the finish line!!! What a fantastic feeling as we crossed the finish line, my brother just catching up with me as we crossed together as we had promised each other we would.

I must admit I’m definitely hooked now and I’ve just booked Quest Killarney!! See you there and hopefully the weather is as good as BAR and the experience as enjoyable. 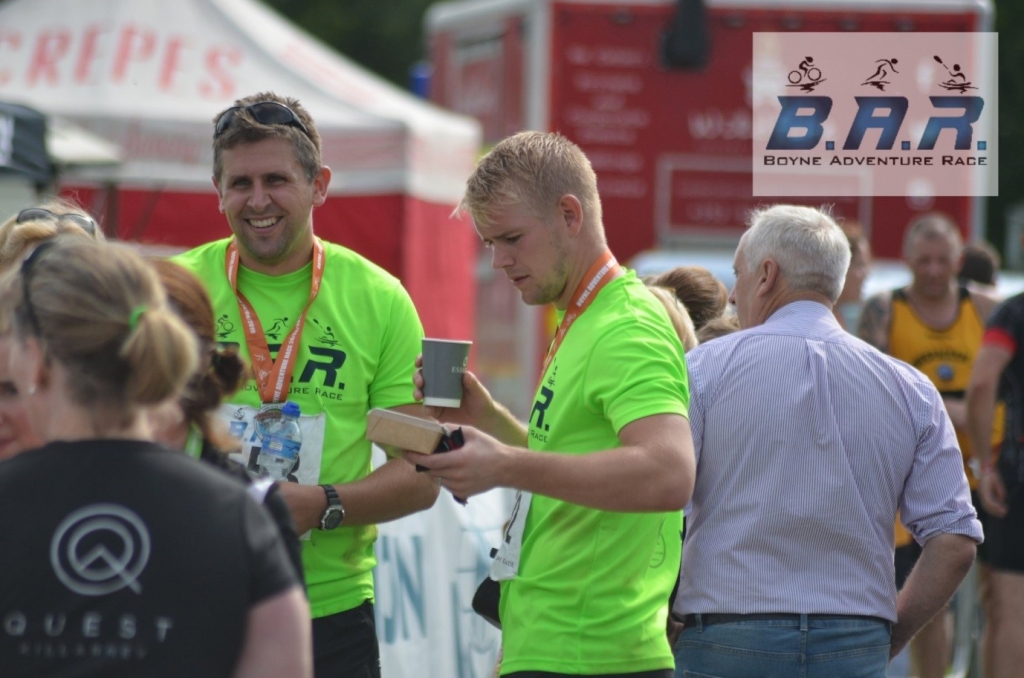