There aren’t too many people out there who look at Irelands toughest Adventure Race (The Race in Donegal – 250km of running, cycling and kayaking in 24hrs) and think “I wonder if I ask nicely will they let me do 2 back to back loops of the course”…It takes a certain type of athlete/gobshite to even think about doing something like that….and Graham Macken is that type of athlethe/gobshite.

Owner of Spun Cycles & Spun Run in Trim, County Meath, a very Adventure Racing focused shop and a great place to go and have a coffee and talk rubbish about mountains and bikes as much as meeting your bike or gear needs, and a veteran of Race Across America a few years back, it’s been knocking around in his head for a while to attempt the Race Around Ireland Solo this year. A nice little sightseeing spin around the country it covers 2,160km with about 22,000m of vertical gain, so it’s kinda flat really J, nonstop in about 5-6 days with little or no sleep. The level of training that needs to go in to an undertaking like this is mind-blowing, that’s before you even begin to look at the family and work commitments. Many often wonder though what drives us to do these events, in particular the endurance athletes who want to push a bit further and take on the big challenges that are out there (and in many cases create or invent every more extreme challenges. Graham in his blog probably explained it best with this quote he ‘borrowed’ from some lad called Roosevelt.

The credit belongs to the man who is actually in the arena, whose face is marred by dust and sweat and blood; who strives valiantly; who errs, who comes short again and again, because there is no effort without error and shortcoming; but who does actually strive to do the deeds; who knows great enthusiasms, the great devotions; who spends himself in a worthy cause; who at the best knows in the end the triumph of high achievement, and who at the worst, if he fails, at least fails while daring greatly, so that his place shall never be with those cold and timid souls who neither know victory nor defeat. 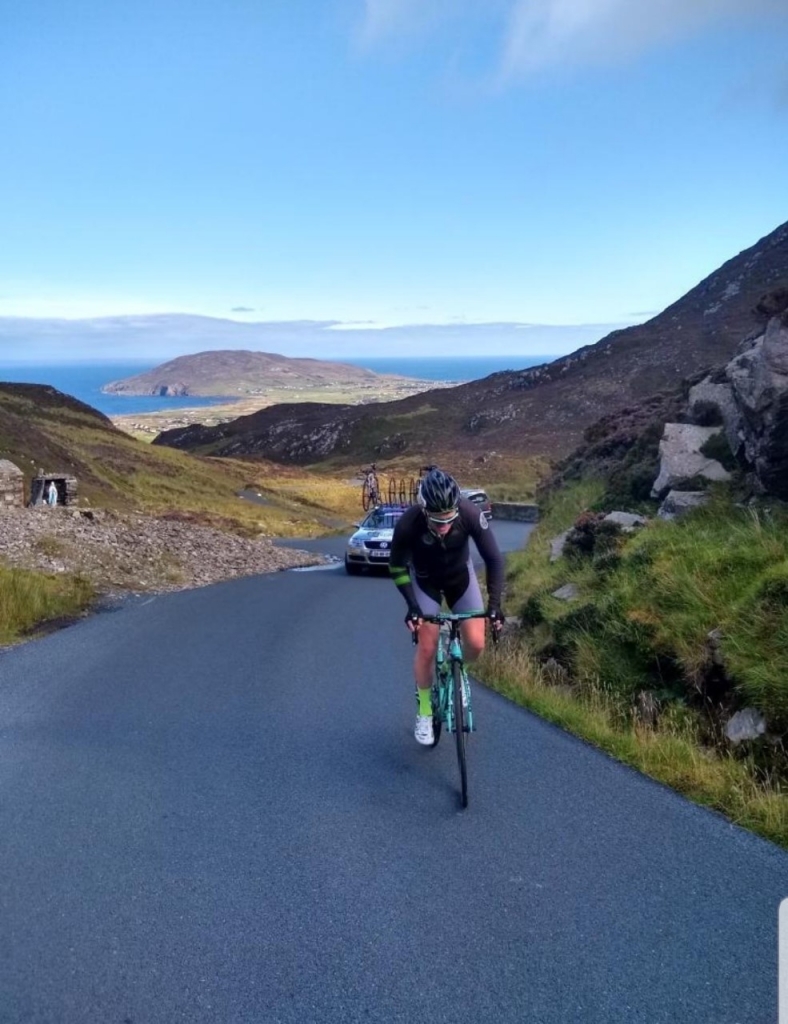 With a fantastic crew supporting him, including regular adventure racers Bernard Smyth from Ultimate conditioning and Andy Reilly, Graham finished the race in 122hours and secured 3rd place. In the process he slept for 3 hours, burned through almost 60,000 calories….and no doubt consumed his body weight in Freddo bars….oh and he also picked up the Ciaran Smith award for the fastest time over the toughest king of the mountain section. A phenomenal achievement, made even more impressive by the fact that on day 3 Graham suffered from a debilitating injury/condition called Shermers neck, which is a condition a long distance cyclist can get where the neck muscles basically stop working and cannot support your head weight…so the crew had to McGuyver a neck harness from whatever they could salvage from a local Lidl (a wetsuit, a box of pringles, a belt and 2 brush handles…). Normally this is a race-ender but somehow he managed to push on for 2 more days and hold 3rd spot and finish the race. No doubt he was well and truly in ‘The Dark Place’ where it goes beyond the normal presence of pain, fatigue, or discomfort and deep in to the dark recesses of the mind where the sleep monsters also reside and the desire to quit is high and the hallucinations can appear quite real!! 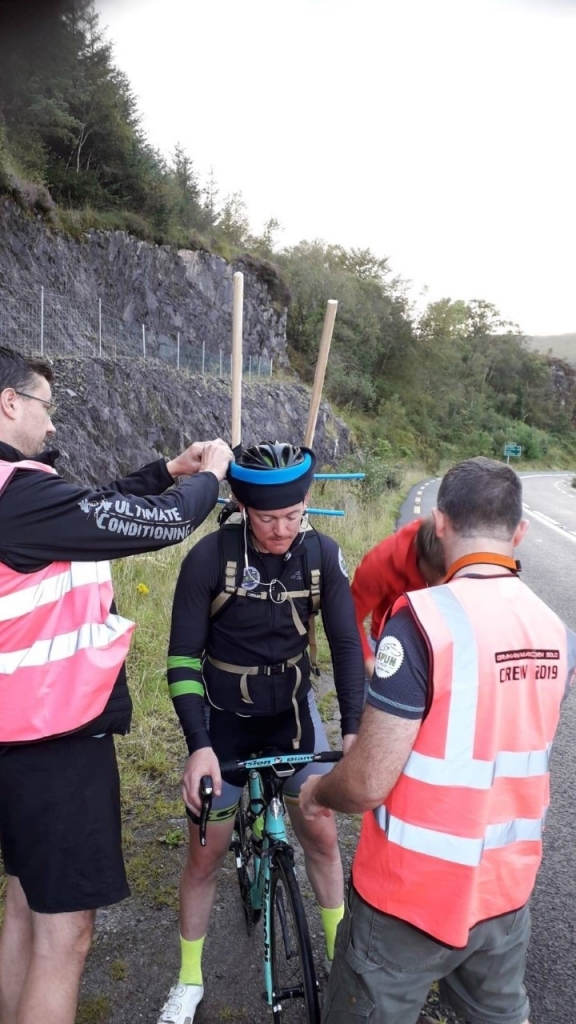 We hope Graham is enjoying the recovery and wait eagerly to see the next adventure – RAAM 2020 (Race Across America) in June 2020 to raise as much money as possible for the Alzheimer’s society. 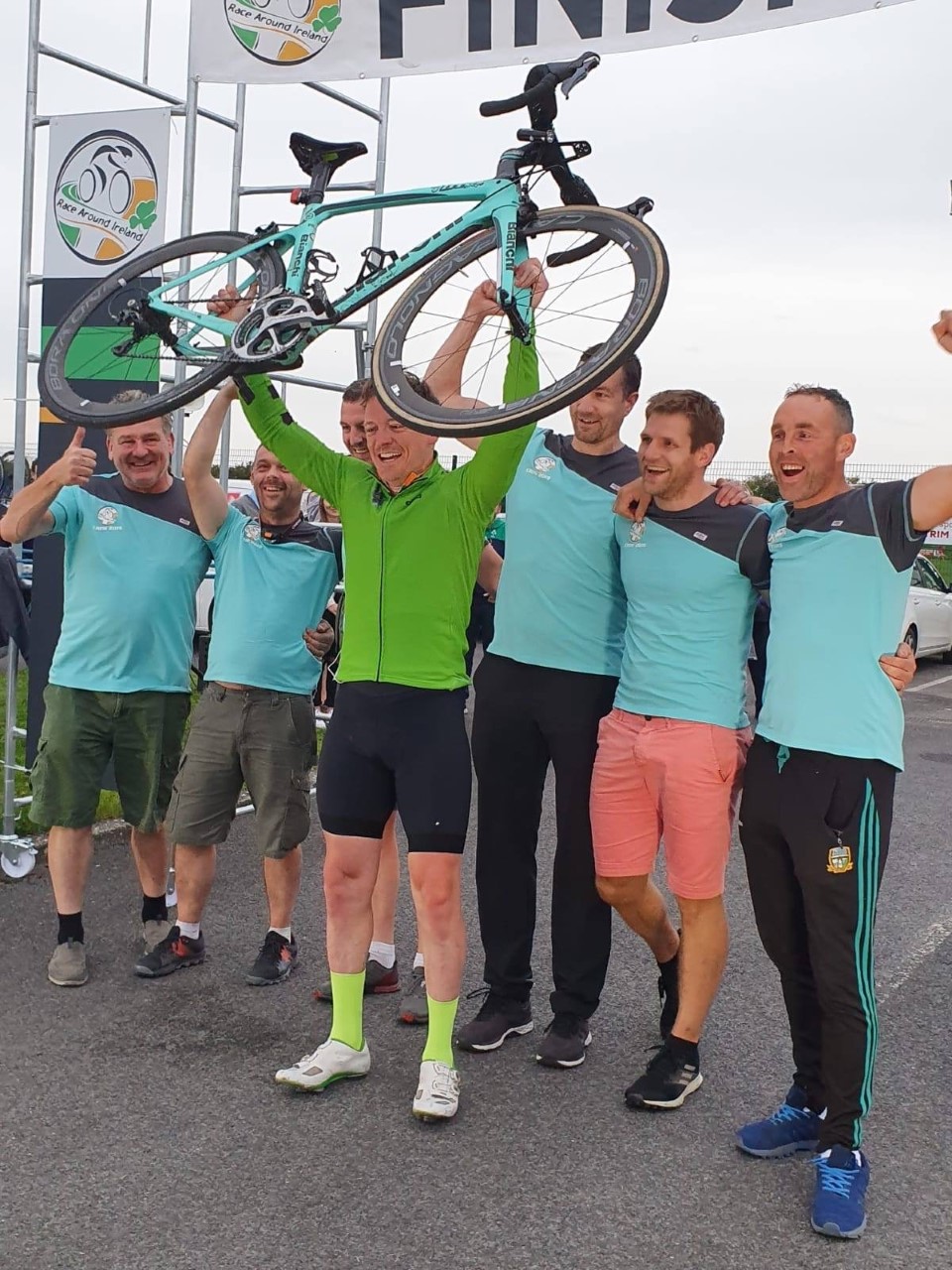 To read in more detail how Graham got on before, during and after the race have a gander at his blog. It’s a fascinating read and gives us an idea of the pain, suffering and ultimately the joy and fulfillment of a race like this:

“Made it out and into Sligo, through to Leitrim with its endless rolling hills, horrible weather all night through Mayo and torrential rain in Galway”…..It sounds like a barrel of laughs!”

To get a unique insight what it’s like to crew at one of these events check out this great report by Andy Reilly who was part of the support team:
http://www.savageevents.ie/the_height_of_madness?fbclid=IwAR1cItcXKQg_071pVCoWEXx2xR9-yFPS8-FbYABjgF-trVOR5Nygt8fjT38 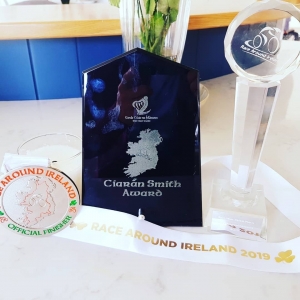