Stone walls and the grass is green!!!

We all have rituals of some shape or another. For me, it’s car packed, Spotify on, Gaelforce West awaits, that can only mean one thing…the Saw Doctors and the “N17” will be the first song of choice as I leave home. Stupid I know, but it is what it is.

Like most things this year, the N17 has also been put on pause till 2021. This weekend should have been Gaelforce West. Like we did with Quest 12/24 last week, we are going to take a few moments to look back at the great days in the west, crossing the Fjord and climbing the Reek.

The journey from coast to coast in the car is usually spent analyzing in my head the route, the different terrains, the game plan, where I can make up time on the previous years outing and of course, thinking about feeling the first time I saw Croagh Patrick in all its glory all those years ago on the bike section. A mountain never looked so daunting as it did that day.

GFW is one of those events that stands out. From its origin, 10+ years ago, till now, it has stood the test of time. Often respectively toted as the “Old Lady of Adventure Racing”, it boasted over to 3,000 participants. I feel personally, it’s a bucket list race for all aspiring Adventure Racers. It comes in one distance, 68km. There are no beginner or Intermediate distances. It’s what I would call an honest race. It’s uncompromising. It will tear you apart if you get your game plan wrong. Get caught up in the excitement of it by going out to fast, it will be a long day. If there ever was a route that needed homework done, it is this.

Always a great buzz around Westport on the Friday night. We usually set up a stand at the registration and it’s always great to see friends old and new, and to help those who looking for advice on what to expect. The night usually finishes with meeting up in a restaurant with the gang for bite to eat (usually consisting of a massive bowl of carbs of some description), bit of crack, bit of slagging and off to bed.

It’s an early start as the coaches leave from about 6am onward from off just off main-street for a 45 minute drive out towards Leehan, passed the Killary Adventure Centre. Out of the coach and about a 10 minute walk to the beach and starting line. 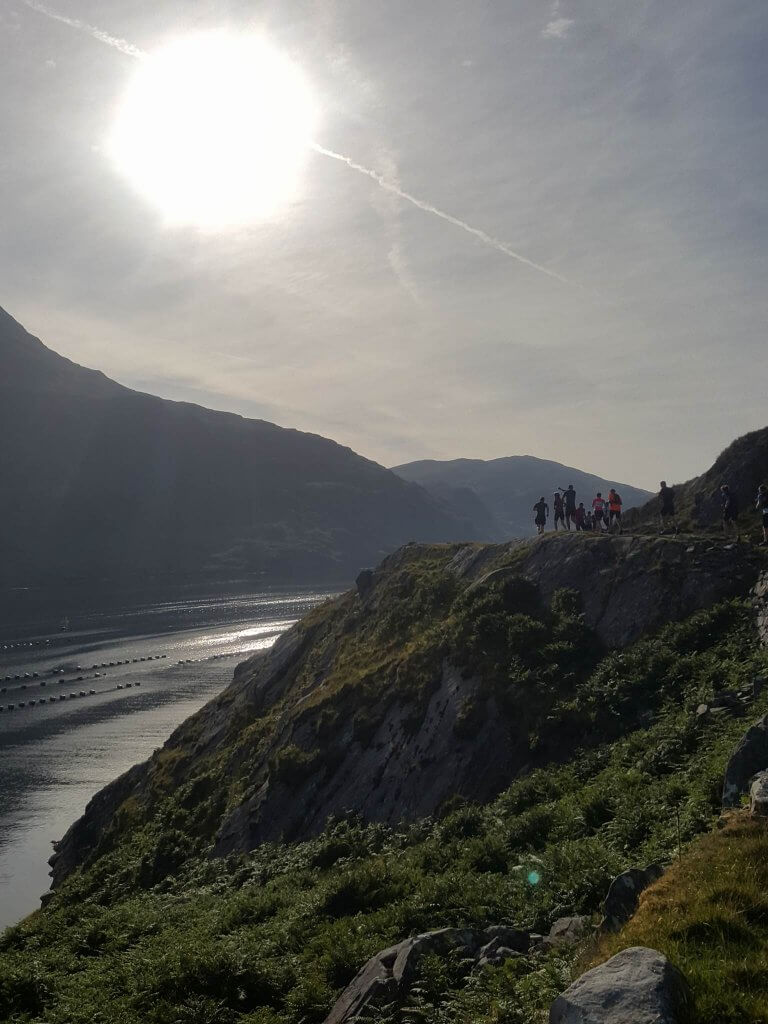 Before you know it, you’ve been debriefed, siren sounded and you’re off. The big guns are usually a dot in the distance within a blink of an eye and it’s about 4km road run before the turnoff to the Famine Trail. This is another one of those views in the adventure race calendar that never fails to blow me away, clear day or overcast. Just spectacular as you see across the Fjord. A 14km run in total before the kayak across the fjord. About 1km of boggy grassland and onto the for another 3km shuffle to the bike transition. 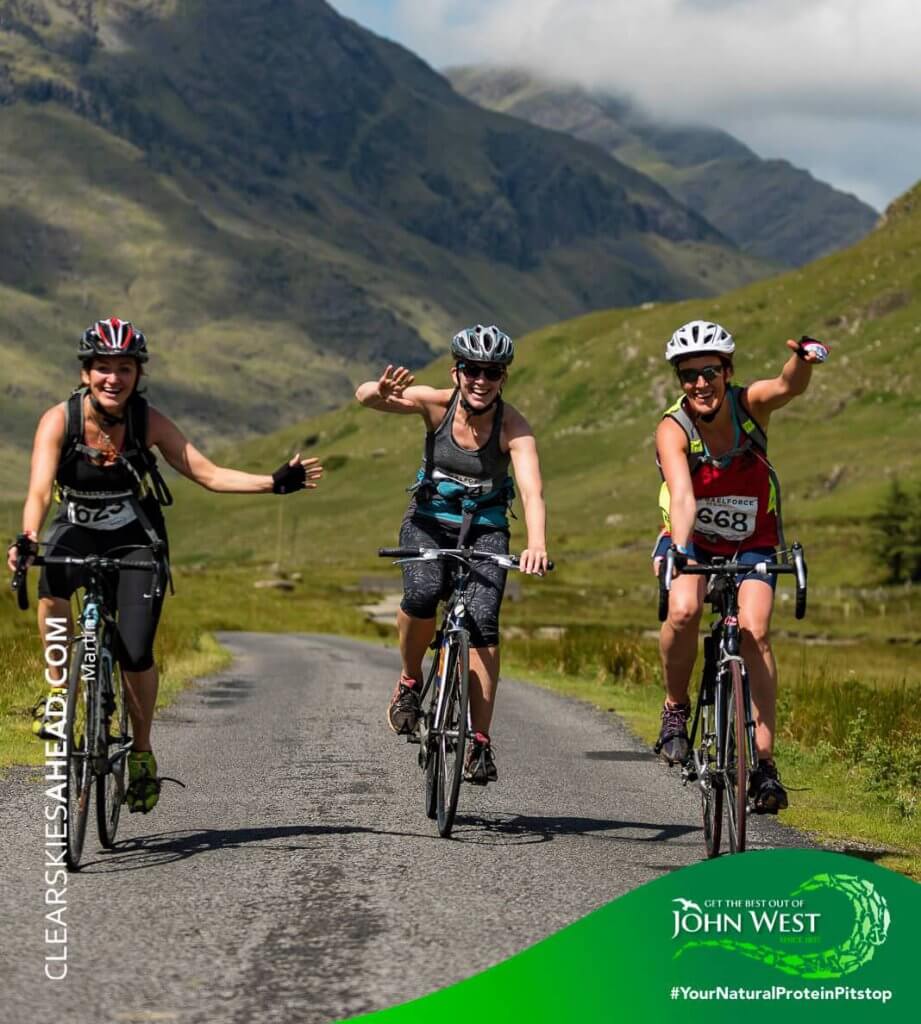 The cycle is tough. There are no too ways about it. A mixed bag of terrain. I remember chatting to a first timer a few years back who was enquiring about it at registration. I was trying to explain to him about the last 8km section and how difficult and sapping it was. Next time I saw him, I had just passed him before it. He had asked, was I messing as he found the first 20 odd km tough, I joked and said, that’s the easy bit over. It wasn’t long before he found out first hand what I meant.

Then the little matter of the adventure racing holy ground…Croagh Patrick. Used also in Sea2Summit, but you attack it from the opposite side. On a clear day from the summit, it’ll match any view, the dalmatian coastline as far as the eye can see. 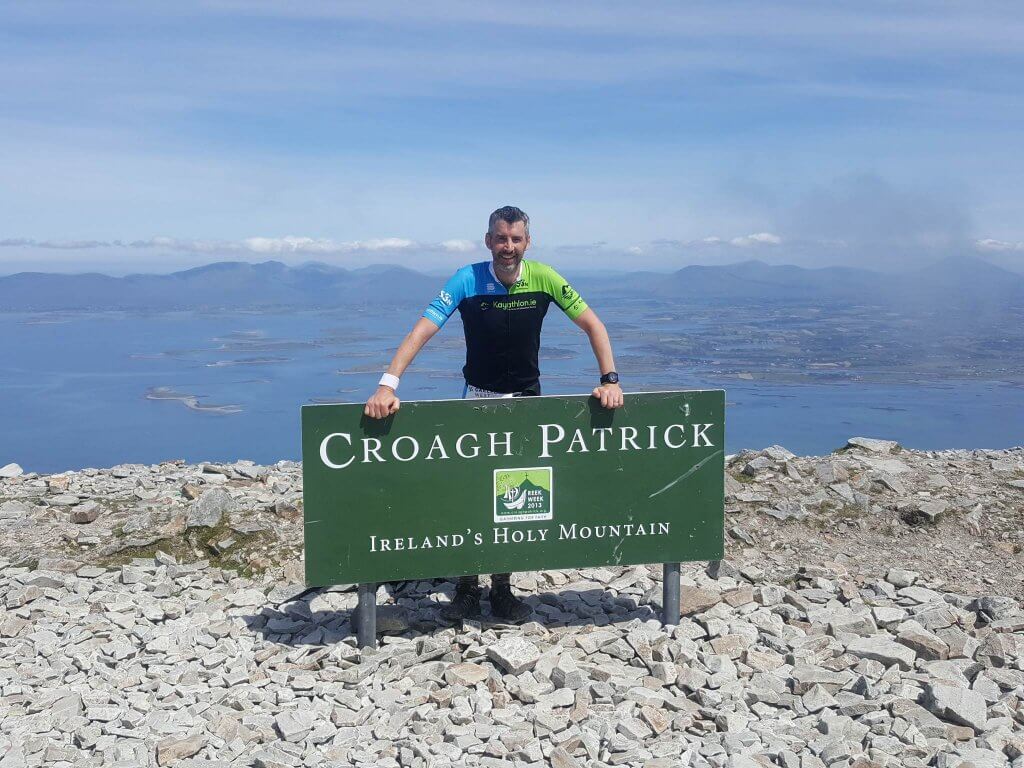 In 2019, the final cycle route was changed, even though the terrain was a bit easier, it added a couple of km to the overall route.

It probably comes across as it is nothing but self inflicted hardship, well it is. But it’s also more than that. The challenge, the craic, the comradery, the sense of fulfillment and achievement at the end. Amazing.

Yes, we had no run this year. No “N17”. But there is always next year and it will be enjoyed even more so…Absence definitely makes this heart fonder.