By now, we would have had our review long written and posted but trying to sum up 2020 has been quite the task. It has been a year full of turmoil, change and upheaval. A year of self discovery and resourcefulness. A year truly like no other. Usually our end of year reviews would be jam packed with race by race analysis and story telling but not 2020.

In an event capacity, of the 35 plus races that were scheduled, only 4 survived. Quest Kenmare, Lilliput Adventure Race, Gaelforce Connemara and the Clare Island Adventure Race. All the rest would unfortunately be cancelled.

Quest Kenmare made the cut just days before the first Covid lockdown. A great days racing in typical March weather conditions. Always a great opener to the season to help blow off the winter cobwebs but alas it would be the last official race till July where Lilliput and Connemara would be run on the same day when government restrictions were relaxed and they fell within the guidelines and as a result were good to go. 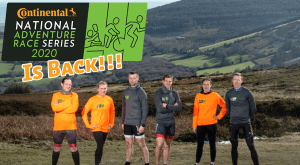 After an exciting finish to the 2019 Series we eagerly launches the 2020 series and had high expectations for a riveting season of adventure racing. Some early markers were laid down at Quest Kenmare back in March in both the Sport and Expert categories and it looked to set up what was promising to be one of the the most competitive and challenging series to date. All soon changed however and in light of all the government restrictions, a number of our National Adventure Race Series events had to cancel their 2020 races which put a limit on events to compete for points in the 2020 series. With the safety of our participants as the key priority, we decided to cancel the National Adventure Race Series and begin again in 2021 – when hopefully the events can take place in a safe environment.
While restrictions for 2021 are still unclear at this point we will be in (virtual!!) close contact with the various event directors and early in the new year we hope to have a clearer picture of how the 2021 National Adventure Race Series might look!
A huge thanks to all our event coordinators who do an amazing job running these brilliant events every year. 2020 has been a tough year for them and they have had to make some difficult decisions. We look forward to supporting you all in 2021 and beyond???

Stay tuned to the Kayathlon and ARI website and social media channels for news on the 2021 Continental National Adventure Race Series.

We mentioned earlier “last official”, as the world of virtual races kicked into overdrive where real life racing finished off. The crew from Ultimate Conditioning in Trim were leading the way, running simulated races on the days where races would have been taking place. A great bit of initiative to help keep people fit and healthy and in controlled environments. The guys from The Wild Atlantic Adventure Race (WAAR.IE) did likewise and ran a virtual version of their race raising much needed funds for local charities. We (Kayathlon), took on a 10-hour virtual cycling challenge on Zwift where we were joined by friends and followers along the way for a bit of fun.

In related virtual fun, Ladies National Series Champion, Laura O’Driscoll started her online “Yoga For The Adventure Racer” classes and are still going strong all these months later. Definitely worth checking out.

Thinking Outside the Box 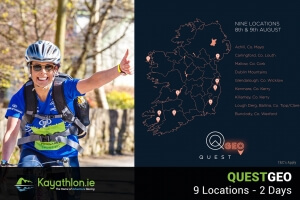 With no races on the horizon for 2020, the guys from Quest came up with a great concept and launched Quest Geo. An event held in 9 locations around Ireland on the weekend of August 8th. In order to take part, you needed to download a mobile app which guided you around pre-determined routes on both bike and foot. It was a great success and since, Quest are currently in the process of developing a standalone app called ‘Hotfoot’ with even more features and functionality than the Quest Geo app used.

With things the way they are at the moment, and no real indication of when normality may return, such innovations and ways may be the future or foreseeable future of Adventure Racing. Only time will tell.

The Formation of Adventure Racing Ireland 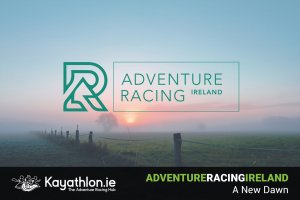 Whilst all this was going on, a group of pioneering Adventure racing and outdoor enthusiasts had come together and began to formulate a plan to establish an official Adventure Race governing body, much akin to Tri-Ireland for triathlon or Athletics Ireland for athletics, to help grow, promote & develop all aspects of adventure racing in Ireland. For the full detailed scoop on this, click on image.

To Zwift or Not to Zwift…that is the question 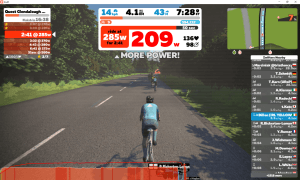 Zwifting became a thing, as we were forced indoors. As a result, there was a scramble for turbo trainers. They could not be got for love nor money. For those lucky enough to have/attain one, it wouldn’t be long before they found themselves racing team time trials. An excellent way to stay fit and motivated and work on pushing your FTP Watt counts up. 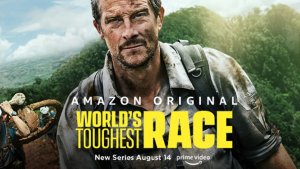 In August, the “Eco-Challenge: World’s Toughest Race” hosted by Bear Grills was aired on Amazon Prime. This was a team adventure race, part of the Eco-Challenge Series and was held in Fiji over a course of 650plus kms. The cream of team racers togged out from around the globe. We had an Irish team flying the flag, and did us very proud. Eventually the veteran’s from New Zealand, team…. took top honors here.  It was a great showcase for team racing and we highly recommend tuning into Amazon Prime and checking it out. 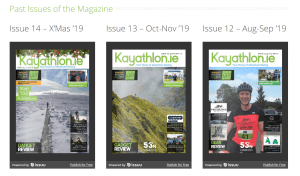 Earlier in the year, we took the difficult decision to put the magazine on hold as races were being cancelled with every new restriction being put into place. As race previews and breakdowns were at the core of the magazines, we didn’t want to water down the quality/content but we vow to bounce back once normality returns. We have really missed compiling the magazine and getting interaction/reaction from our readership. It’s this that keeps us plugging away. But don’t worry, all past issues are still available (free of charge) to read/download here

The site itself is still fully functional with the usual blogs, comprehensive event calendars, tips and tricks and all that good stuff. The upcoming season, we don’t know what it might hold but all announced races can be found here.

We, ourselves, whilst being stuck behind our desks at home, came up with an idea, partially to pass the time, partially out of curiosity and decided to design up a few Adventure race themed t-shirts. We could not believe the response. They became an overnight hit and they are still flying off the virtual shelf . There are over 30 fun designs to choose from in a myriad of styles and colors. All profits have gone back into supporting Kayathlon.ie and keeping it afloat. So thank you to everyone who has chosen from our range. We really do appreciate it ? Link to t-shirts 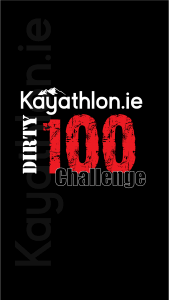 During the many lockdowns, social media went into overdrive with those not ready to pushed around by Covid. Pages were awash with exercise challenges and nominations. Which was great to see. We even got in on the act ourselves and created the “Dirty 100 Challenge”. That was a great bit of craic and fair play to those who took it on.

A worthy milestone to mention. Back in early December, our Facebook following passed the 4000 marker and Instagram edges ever closer to 2000. So, thank you all again and please keep spreading the word.

Over the year we ran a number of random fun online polls through our social channels and it was most interesting to see your feedback. Here is a sample of some those very polls. 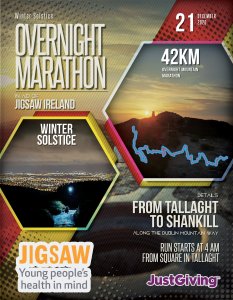 This was a last-minute notion to run a marathon over the mountains at 4am on the morning of the Winter Solstice to raise a few quid for Jigsaw Ireland. We doubled our initial target and we got such a great response from you, that we are considering making it an official outing in 2021. So, watch this space.

All in all, it’s been a tough year on all levels, for everyone. A lot of positives and a lot of negatives. When we will see the resumption of the normality and racing is anyone’s guess but what 2020 has proven is that we are a resilient bunch. We have found ways and means to keep ourselves fit and healthy. We will get back racing!!!