5 am, the alarm was off!  I had a reasonable night’s sleep, so was feeling ok for the mammoth task ahead.  Makeshift breakfast followed by stretching and last minute packing of the hydration vest for the day ahead.  Final check at the car (I must be forgetting something!) and off to the race start.

There was great energy, excitement and buzz at the starting area as we all checked in and got ready to go.  Thankfully the conditions were ideal with no wind and some overcast to spare us the sun and heat expected later in the day.  Ollie counted us down 10, 9, …. 3, 2, 1 and we were off to a great cheer from all the supporters.

But why you might ask had I signed up for this 152km, 3183m vertical climbing trail running and cycling 12 hour ordeal?  Two reasons:

We settled into a reasonably quick pace up from the golf course running all the way up through the backroads until we reached the off road section where the terrain became more demanding.  We had been forewarned that it was wet under foot, and it surely was as we slogged our way up to the undulating and then final steep climb up to the turnaround point on Maulin as the race leaders thundered down the mountain at a furious pace.  The stunning traverse eastwards beneath the Caha Mountains in the middle of that first 18km stage of the race was a highlight, as I was enjoying the scenery, chat with others and it provided some time to take in food and water before the next 82km cycle to Garnish. 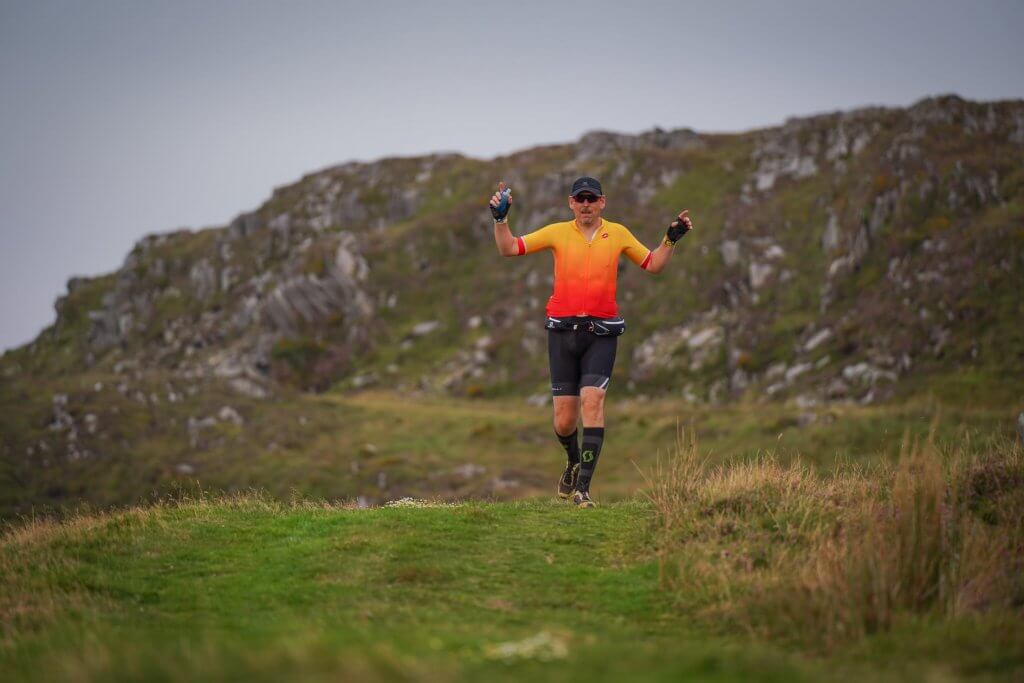 Stage 1 completed, I changed into cycling gear, which was easier said than done covered in muddy sweat and set off for the Healy Pass.  I had cycled over the pass before so knew that the real challenge lay beyond it on the Ardgroom-Eyeries-Allihies section of the road that everyone had warned me about.  Having not seen it before, I enjoyed the relatively flat smooth run into Ardgroom with some trepidation of what was to come.  I had managed an average speed over 22km/h so far without the benefit of anyone to work with as I entered Ardgroom, which was to drop to less than 20km/h by the time I came out the other end at Allihies!  Hands-down it was the toughest 30km of cycling I had ever done with unrelenting lumps and bumps on single carriageway roads with blind corners.  More like a 90 minute spinning class thrown into the middle of the day just for the craic!   I was becoming anxious about making the 2pm time cut-off at Garnish (T2).  There were a few more surprises to come however before I made it there, including a 16% gradient climb over the pass beneath Knockincrough and a friendly JCB that I had to brake behind all the way down the other side!  It was with considerable relief that I rolled into T2 with 15 minutes to spare.

A quick change into trail runners and I was out onto the second trail run of the day, a 12km loop around Crow Head.  The sun was beating down on us at this stage, so I was grateful for the cap and extra water I brought along.  Whereas the cycle had been solitary purgatory, there was great camaraderie and banter with many familiar faces from the first run as we crossed paths to and from the turning point on the headland.  The welcome sea breeze was refreshing.  The final sections culminated in a steep climb and descent from the highest ground with some good natured support from a couple enjoying the sun in their garden as I rejoined the tarmac at Glanarough “you must be the last one!”.  Thankfully it was mostly downhill back into T2 to get back on the bike.

The last 26km cycle went by relatively quickly, and I was relieved to be getting something of a second wind and enjoying the spin back to where it all began 10 hours earlier.  It was 5pm at this stage, and I knew that it was unlikely I would be completing in less than 12 hours but determined to get it down as quickly as I could.  I had a strong kayaking partner and together we powered into the headwind to get across to Bere Island, 1.5km away.  The final 10km trail run of the day was a challenge, and I was stunned by how slow I was moving at that stage up the last climbs.   I normally enjoy the quick descents, but not this time as the legs burned!  A few chasing competitors spurred me on, and I was determined to see it out.  I kept saying to myself, pain is relative!  Four years earlier I had given my son a kidney, and this was not as painful.  So, with that and thoughts of the fundraising I was doing for the Irish Kidney Association, I kicked on to the kayak, where I enjoyed the spin back across the flat water to the finish line where we were greeted by a huge roar from the crowds!

Would I do it again? Yes, probably!  Would I do any thing different? Get slicker at the transitions and try to have a partner on the bike stage!

Hats off to the Quest organisers, they ran a fantastic event and to all the other competitors who made it such a great adventure!

Please consider carrying an organ donor card and if you would like to support the IKA’s work through my Just Giving page, please visit https://www.justgiving.com/fundraising/shane-herlihy?utm_source=Sharethis&utm_medium=fundraising&utm_content=shane-herlihy&utm_campaign=pfp-email&utm_term=024eb5c97ddb441c8a21caf6c3e4c54e 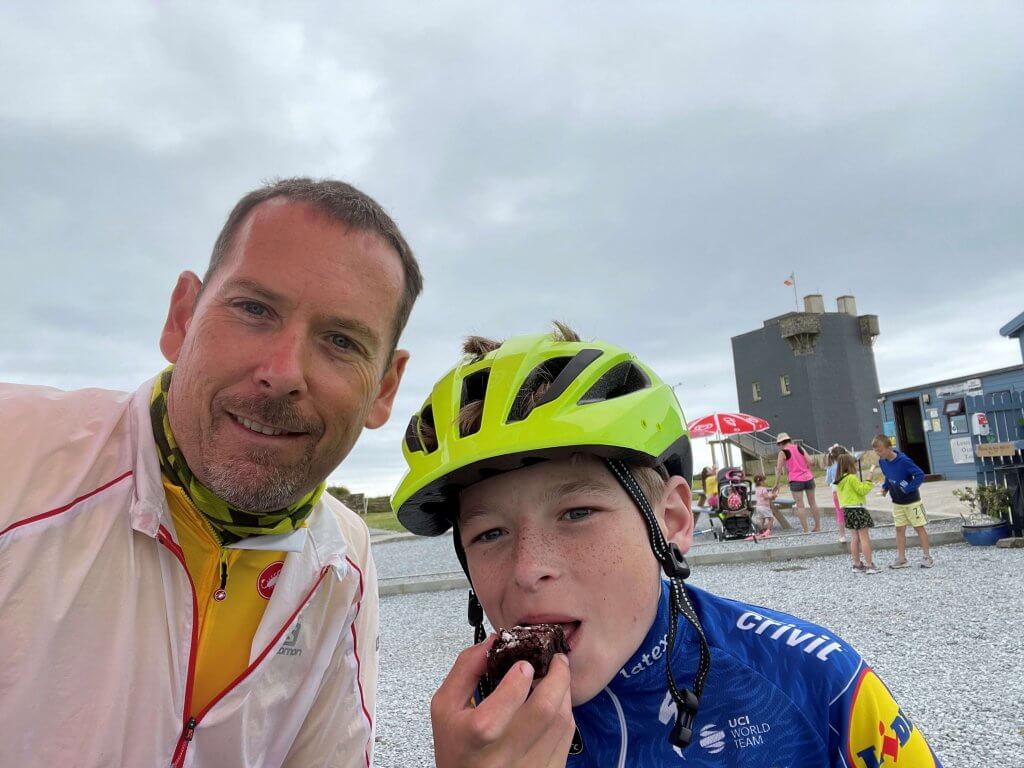