The Why? How did the idea of forming a team come around? Is Team West the brain child of one person or like a lot of the best ideas, created on the back of beer mat between friends?

Team West was formed in the main in 2021 by a group of athletes in the Mayo and Galway area. We are a group of athletes looking to have fun, train hard and compete in the top ten in all races in the multisport adventure race series as well as numerous other sports. We are made up of a mixture of bikers and runners of all distances from 5km to ultra runners. The name Team West really just fell on us following a few appearances at races nationwide. The idea of the team came from a lot of best ideas. Really we set up to train together and push each other hard in so doing. A few of the core members trained together for ‘The Race’ in Donegal, which was unfortunately cancelled in 2020 and 2021. These members went to Donegal and completed the race course. They felt all their hours of training would be worthwhile if they completed it.

How many are involved? In the region of 25 in the group currently with a core 10-15 training on a regular basis.

Where are they from? Mostly County Mayo with a few from the bordering counties also.

Where do you train? All over county Mayo

Is it structured? i.e. beginner/intermediate/advanced or one in/all in? Advanced to Elite It is seen as an advanced to elite g

How often do you train? One main session a week with members sometimes meeting during week for shorter sessions.

What does the average training session consist of? Is it conditioned towards upcoming event or is it more general. Always aimed at next upcoming event. General session include 2 x cycles and 2 x bikes, hilly, trail and distances geared towards race distance.

Recruiting new members? Is there a selection or vetting process for Team West?

Not currently but we have not hidden the fact that training is hard, we may expand in future to all levels but currently elite. 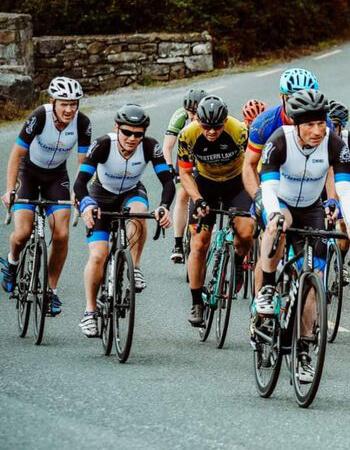 There are rumours you are planning on an Irelands first official multisport/adventure solo racing team? Is there any truth in that? We gotten enquiries in the past about groups wondering about forming clubs.

It is our first year together as a training group, lets see how things develop in time!

There have been some situations where the team have worked together during the race. In general the adventure race series turns into a solo race no matter what with different abilities on show. There are rivalries within the team, pushing each other to succeed but the team have a great relationship and the results show that the training and hard work pays off.

What do you think team brings to the sport? Competitive edge?

I think it brings a different aspect to race day. You do it for yourself but you also put on the jersey for the team. All the hard days of training together make you want to see your teammates succeed also. There is no doubt a competitive edge and when others see the jersey they know this person is serious. You will push harder when training in a team, it benefits all.

What do you think team brings to the sport? Competitive edge?
I think it brings a different aspect to race day. You do it for yourself but you also put on the jersey for the team. All the hard days of training together make you want to see your teammates succeed also. There is no doubt a competitive edge and when others see the jersey they know this person is serious. You will push harder when training in a team, it benefits all.

Teams tend to come, dominate for a few seasons, then fade…What’s your future plans? 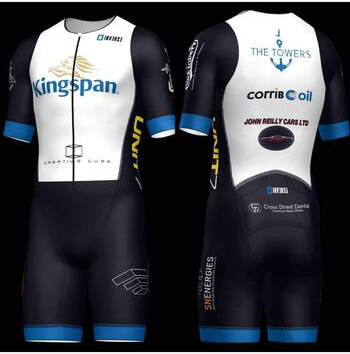 We have seen the springing up of multisport teams and training groups around the country. If one wanted to start their own stable of Adventure Racers? Any advice?

Put out some feelers locally on facebook and get some local groups out for runs on the trails and spins on local hills on bike etc. Introduce them to the idea of AR and the fun thats involved. A lot of people are nervous about kayaking so a few training sessions can take this away and give them confidence on race day.

A Segway from the question above but when it comes to Club kits? As mentioned above, we see you guys got your house together with your race kits. Since your team is sponsored, do you feel an added pressure to perform and keep all happy?

I don’t think we feel an added pressure. It depends on the individual when it comes to putting pressure on themselves. The sponsors involved are not expecting podiums, more that we wear the gear and keep showing up. Both while training and racing.

It’s been a tough few years, for the outdoor industry. Escalating insurance costs, growing entry fees, events cancelations… What’s your thoughts on Adventure Racing as a whole after the disruption of the last 2 years or so?

It is worrying with insurance costs rising. In general the races are doing well, good turn outs and quality race directors are keeping the sport alive. I think the addition of more teams and groups around the country might help with the growth of the sport. It is key for those organising races that the numbers turn up to race, covering these insurance and other costs.

Kayathlon has been around now for almost 7 years and most recently the formation of Adventure Racing Ireland. There has been a real drive to promote adventure racing, both solo and team racing in Ireland. But do you think there is enough being done. Would you like to see more emphasis on any particular aspect?

Adventure Race Ireland is a huge benefit to the sport and now, more than ever is needed to stand alongside all the races in the series and look to create new races. Promotion and advertising is key. It has been a positive evolution with ARI looking to grow the sport nationwide.

Any team predictions for this year’s National Series Competitions? Will we see any of Team Wests heading for top gongs?

Mentioned in the above. There are a few on the list, worth noting David Hickey’s performance winning the sport in Glendalough and the return of John Mullin from injury for the summer races, also in the sport distance. We have people such as John McCarthy, John Brennan and Bryan Renton, new enough to the sport getting top 5s and Dwayne Flynn and Declan O Dealgain in the mix as a more experienced racer. Lonan O Farrell and Darren Quinn already in the top 5 in the expert could feature again in a race or two! 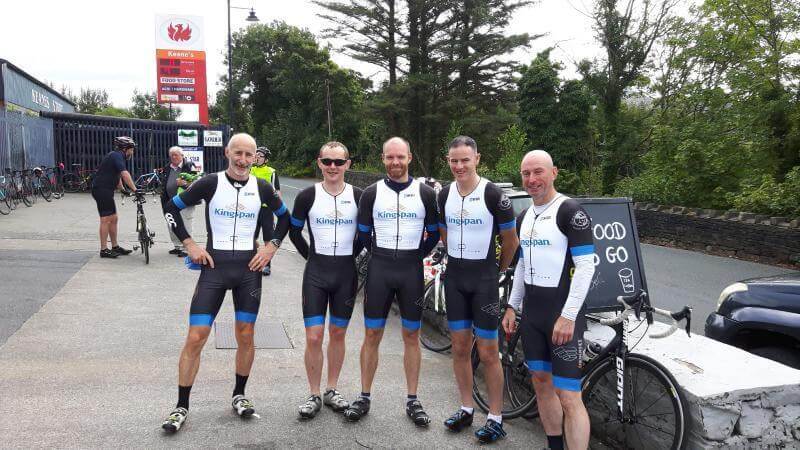 If you could create your own event, what would it consist of?

Hills hills and more hills!!! The likes of the Glendalough course is the ultimate in Mutlisport adventure racing of the 30 to 70km distance. Hilly trails, hilly cycles and fast sections as well as spectacular scenery. This type of race can be created in many parts of the country, which can be seen in the likes of Quest Killarney for example. Personally my ultimate adventure race for this series would include a bit more kayaking than 1km, just to make things interesting. There is also a great interest in the longer 12 and 24 hour races and I would hope to see more of these in the future with a great worry recently seeing the likes of ‘The Race’ and ‘Coast to coast ‘ being cancelled for insurance and number of participant reasons.

And finally… Social media/website links. Where can we follow your progress?

Currently we have stayed away from social media with our own private Facebook page. We will expand in the near future!